Read up on our past Crypto issues to get the most from this post.

Celsius Part 2: The Downfall of Celsius?

In the past, we’ve written about a company called Celsius that gave solid returns as high as ~18% on select cryptocurrencies. Although these rates aren’t as high as some defi opportunities in the web3 space, these rates beat out those of most traditional finance rates.

In fact, we argued for converting some cash into stablecoins such as $USDC and depositing it into Celsius. Celsius’ ~9% APY is much higher than what you would have been getting from your bank.

Despite the great interest rates being rather de-fi-like, Celsius still operated like a typical cefi company and could still unilaterally control your funds. Despite this, Celsius claimed to be essentially risk-free, according to their home page:

Unfortunately, this proved not to be the case. While Celsius hasn’t officially gone bankrupt, on June 12, 2022, the company halted its 1.7M users’ ability to withdraw funds.

That means if you held any amount of crypto in Celsius, you have not been able to withdraw it since then. But don’t worry; you can still deposit eligible cryptocurrencies and still earn rewards. /end sarcasm.

Halting withdrawals was a very controversial move, and because of this, a lot of information came to light. One issue was that Celsius had borrowed capital they are now having trouble paying back – they don’t currently have all the funds that users have deposited. According to the Wall Street Journal, Celsius is looking at various ways to restructure the company and debt to survive this. The situation is not totally hopeless as some people on the Celsius’ subreddit make it seem, but it is looking bleak if you have funds in Celsius.

In fact, if this is you, we are providing a warning – don’t expect that to change… ever. Write off any amount deposited into Celsius as a loss and move on. It’s not totally hopeless with Celsius, but this thought will at least mentally prepare you for the worst-case scenario.

To be clear, Celsius isn’t having issues entirely because of the current bear market. They engaged in some risky investments with funds that should have remained untouched.

“[Celsius Network was]…engaging in some fairly risky practices, essentially taking borrowed assets and lending on them multiple times in order to maximize their yield”, according to an insider who spoke to FX Street.

Reasons to Not Totally Give Up

That said, there is reason to be cautiously optimistic – Celsius has been paying off their debt over multiple payments. In fact, the company just paid back $183M in loans to Maker DAO. Paying back loans is a very encouraging sign – it shows they still have some funds to pay off debt and are attempting to work through this.

They also recently updated their phone application. Although small, it is a good sign they haven’t totally given up on their platform.

Moving forward, even if I get my crypto from Celsius, I will keep my cryptocurrency either in wallets that I control or smart contracts that I have at least a basic understanding of. I have a good chunk of change in Celsius, and losing that won’t change my life, but it’ll make my life a little harder.

I’ve lost a decent chunk of change the past several months, investing in degen opportunities that I didn’t understand. It’s not easy to admit, but I’m taking all those losses and this Celsius scare as a learning opportunity. I’m still hunting for generational wealth – it’s time for me to be smarter about it.

Celsius misappropriated users’ deposits and could end up with no liquidity, depending on how the rest of the company’s restructure goes. Having no liquidity would affect all of Celsius’ users and impact depositors’ savings that were supposed to be safe. Although there is still a chance one will be able to withdraw from Celsius in the future, Celsius’ depositors need to financially and mentally prepare for the worst-case: they may never get their crypto in Celsius back.

Last but not least, our Podcast

In this episode, Horacio spoke with Brian Harstine, CEO of Acquire and Andrew Hill from Frost Brown Todd, one of the leading experts in blockchain and cryptocurrency law in the country. Brian and Andrew talk about the advantages of blockchain, legal issues in the space, and more:

That’s it for this week’s Crypto Insider. Did you find it useful? 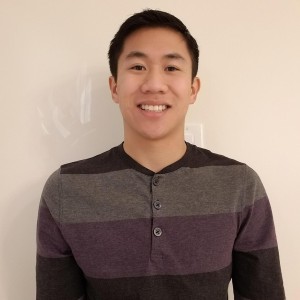 It’s time to be honest about DeFi

This week I sat on a panel discussing price and value in web3. Here’s what I didn’t say during the panel.

How to make money in a sh*tty market

It’s no secret that NFTs have been in the doghouse lately. Let’s see where you can still make money.

Today we’re jumping into the world of crypto funds and exploring a newer player in the industry – Ember.

A Look at Nucleus

The WC – Let’s get away with murder